Sitting down for a conversation with Colin Alexander at Refine Men’s Salon of Plano. Colin Alexander is a brewer from Roy, Utah and has traveled the world as part of the Air Force and now works as a contractor for the DoD.

Colin has been a long time client of Refine Men’s Salon of Plano and enjoys the various local craft brews the salon offers. Having engaged in beer conversations several times, I thought I’d actually engage in a more direct dialogue than merely in a conversation of happenstance. After some salutations and welcomes, here is the heart of the conversation:

Albert – So Colin, what is your favorite beer?

Colin – Narrow it down, what kind of beer are we talking about? I usually like to categorize beers, for example lawnmower type beers such as Shiner beers are sitting and consuming a quick beer. The other category for example are for tasting. That includes beers such as hopfenweizen or pilsner style beers. Others are categories like darker beers like bocks, stouts and porters.”

Albert – I know you’re a brewer so what tastes do you try to capture in your beers?

Colin – I try to capture local flavors so I try to use the local water. And I try to include anything that is locally available. When in Texas I use some mesquite.

Albert – As you’ve traveled to various countries, what has stood out to you?

Colin – The style for instance Japan is very much influenced by the German processes, it’s more about the process. For instance their lagers don’t vary as much as I do another regions.   In Belgium they have a more eccentric beers, lighter and more of a science project. They infuse fruits and the tastes span far more than other regions.

Albert – Back to the original question, what is your favorite beer?

Colin – While in Brussels, I probably paid too much for it but it was an awesome wheat based beer! The alcohol content was a little higher but the beer was great. I feel that Belgium is like the Disney Land of beers and it has inspired many really great beers for instance the fat tire that is now brewed in Colorado is a Belgium style type beer. Another example is it Abbey Ale or the Sunshine Wheat that is no longer brewed. 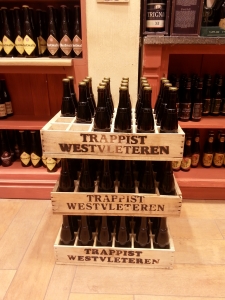 Albert – How do you rate American beers?

Colin – American breweries and beers are amongst the very best in the world. Even the breweries that are close to this salon are very good. You’re currently offering the Franconia Dunkel, you can’t go wrong.

Refine Men’s Salon of Plano thanks Colin and we’re appreciative for his service and his knowledge of great beers. Thank you Colin. 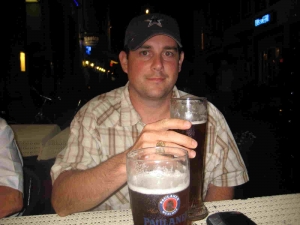